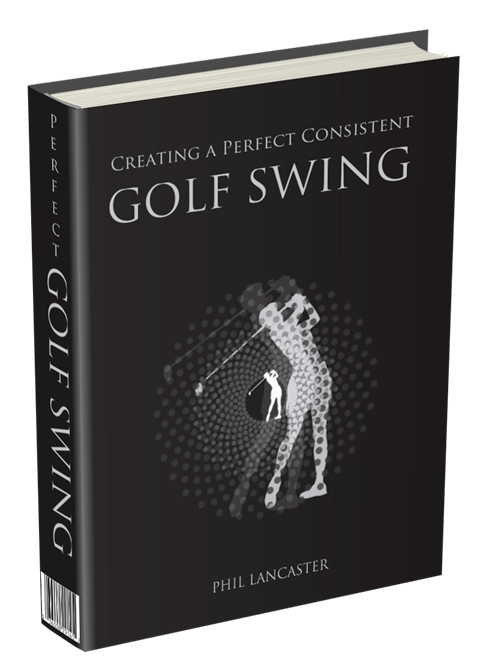 Here is a simple tip that could transform your putting game for the better.

It's one of a number of powerful putting tips and drills that could help you to save a lot of strokes every time you play.

One putting tip can easily do that. Just look at Rory McIlroy for example. For a while, his putting was very poor. Then he makes a small change to his right hand putting grip and wins the Deutsche Bank Championship.

The more I look into putting improvement the more I think a lot of it relates to self-discipline, and here's one big tip to help you with this.

Every time you watch golf on T.V. you see a ton of putting by the pros. And there's one thing they all do that most amateurs and bad putters don't.

Next time you watch golf on T.V., notice how at the end of the pros putting strokes they all hold their finish. It might be for a second or some even longer.

Then, the next time you play with your buddies watch their finish, and I bet you won't see many hold their finish like the pros - UNLESS they are a good putter.

Instead, you'll see lots of waving the putter after the ball is hit. Like they're trying to control the ball somehow after it's been hit.

Now if you're a bad putter and you start holding the finish are you going to start holing everything?

But I bet you'll putt better, and here's why.

Good putters make good, confident strokes and hold their finish. They're not trying to steer the ball into the hole.

Bad putters make steering type of strokes and keep trying to steer the ball into the hole after they've hit it.

At the start of this article, I said that the more I look at putting improvement the more I think it relates to self-discipline, and that's especially true with this tip. In fact, it's true with all putting tips and drills.

Holding your finish OR NOT is a habit.

If you want to improve your putting then make holding your finish a habit. To do this, simply every time you putt hold your follow-through for 3 seconds.

By doing this and making it a habit you'll "program" yourself to make good strokes without so much concern from trying to get the ball into the hole.

I'm sure you've heard the expression that "trying fails".

And that's especially true with putting. If you try hard to steer the ball into the hole you'll often miss. But if you make a good putting stroke and let the outcome take care of itself, you'll often get better results.

Putting accounts for about 43% of every game of golf you play. If you improve your putting you'll take strokes off your scores. It really is the quickest and easiest place to do that.

Remember that a 300-yard drive counts for the same amount of strokes as a 3-foot putt. That's what makes putting tips and drills of vital importance.

So as well as trying to bomb more drives off the tee, put the same amount of effort into improving your putting!

There are many putting tips and drills which, if followed carefully and frequently, will dramatically improve your putting. Here are three of them.

If you want to shoot lower scores you have to be able to make the short shots. Practicing this putting drill will help.

There’s nothing more frustrating than having a 3-foot putt for par and walking away with a bogey. It happens to everyone, but the more you practice and learn how to putt consistently, the more you’ll see the ball fall into the hole.

Here's how to do the clock putting drill:

Take 12 balls to the putting green and place them around the cup in 2-3 foot intervals. Start with the 4 closest to the hole and work your way outward. But here's where the self-discipline comes in. Every time you miss, restart the drill.

This will not only work on your rhythm and confidence, but also give you practice with putting in pressure situations. By the time you get to the 11th and 12th ball it will feel like you're on the 18th trying to make a 9-foot putt to win the club championship.

The one-handed putting drill is a favorite of Tiger Woods.

And it's a very simple drill to practice. You don't even need to target the hole.

Just get out onto a putting green and hold your putter in your dominant hand only.

Then make a one-handed putt. The key to a good putting stroke is a free swing. We all know how we should putt the ball, with relaxed hands and pendulum shoulders. If instead you tense up and use an unnatural, poking sort of stroke on the ball, then any sense of distance control and accuracy disappears.

The one-handed putting drill van be used to develop your most natural swing motion, which allows muscle memory to kick in whenever you step behind your ball. It’s important to practice this one-handed putting drill regularly, but not to focus on where the ball ends up. Just get your shoulders used to swinging freely, and you’ll start to notice improvements.

When you let intuition take over, you eliminate the over-thinking that can result in far too many missed putts.

Do You Want to Make Long Putts Like a Pro?

These are two putting tips and drills you can practice at home.

One of the best ways to practice putting at home is simply working on your control of the putter face to improve both your accuracy and distance control. Set up a golf tee so that it’s upside down.

Starting from 3 feet away, putt a ball to the tee trying to knock it over. Then move back to 4 feet, 5 feet, and so on until you are still able to knock the tee over from 20 feet away.

You’ll gain an amazing feel for your putter’s face and know when you’ve closed the face or opened the face during the putting stroke since you’re hitting to a super small target.

When you've gained some increased mastery over accuracy, it's time to do the same with distance. Start by taking a card from a deck of playing cards. I like to use an ace because it has a definite center spot.

Lay the playing card on the carpet or floor several feet away from you. Attempt to putt the golf ball with just enough speed that it stops on top of the playing card, preferably right in the middle.

This isn't easy, especially from a longer distance. In fact, it's a quite challenging putting drill but it will improve your putting distance control before you know it. And using a playing card helps simulate a golf hole since it’s small. You’ll also work on your putting accuracy by making sure you’re aligned to the target properly.

Distance control is vital for longer putts. Even if you don't hole the putt, you'll end up with the ball close enough to the hole for an easy short putt.

These putting tips and drills will help your putting. See also How to Improve Your Putting.